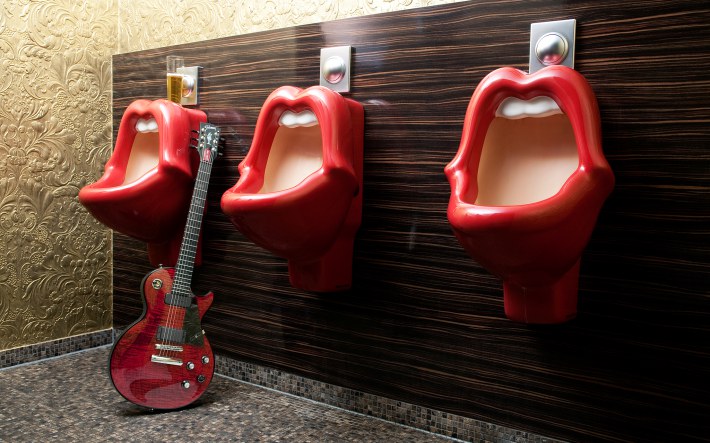 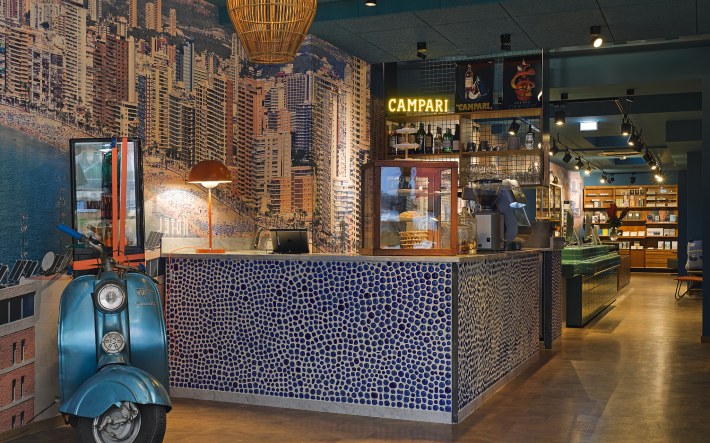 Marvin Schuhmann and Valentino Betz refuse to be pigeonholed.

Wayne McGregor is one of the most prominent contemporary choreographers of today. He will make his Munich debut in 2018 at Bayerisches Staatsballett’s annual Ballet Festival Week.

Nadiv Molcho is a theater and movie actor, comedian, director, screenwriter, and producer — all that at the age of 27. A talk with companion.

A Man and the Sea

A love of the sea made Nikolaus Gelpke into a publisher. He found his calling in life working on Mare in Hamburg.

An overnight stay at the Frankfurt Book Fair? An intriguing idea — though one that’s been impossible up until now.

People in hotels are a peculiar species — and have inspired artists to soaring flights of creativity, as our columnist Rainer Moritz recounts

Talented women all over the world are joining forces in increasing numbers to combat the patriarchy through the synergy of their networks. One of these young communities is Clam Club.

Hans-Joachim Flebbe has created a business out of his love for film. COMPANION sat down with the visionary entrepreneur to talk premium movie theaters, smelly nachos, and receiving praise from Hollywood.

For Companion Theresia Enzenberger has created a very different kind of map, which highlights unusual Bauhaus locations to be discovered in cities that are home to our 25hours Hotels

For Grandbrother, Lukas Vogel and Erol Sarp, the sound spectrum of the grand piano is not limited to its chords.

About one-fifth of all Japanese people in Germany live in and around Düsseldorf. No wonder, then, that this metropolitan region is also being shaped by Japanese culture.

Bartender Jörg Meyer and restaurateur Rainer Wendt enjoy high-quality drinks and food not only as business partners but also as friends.
For this issue of COMPANION, the duo share their favorite food pairing: a drink and sandwich that go as well together as they do.

Werner Aisslinger is one of Germany’s most sought-after designers. He talks to COMPANION about the new 25hours Hotel The Circle Cologne, analogue places in a digital world, and working in the bathtub.

Under the respective monikers Pam Pengco, Kimberly Kiss, Marcella Rockefeller, and Laila Licious, Olli, Kim, Marcel, and David have been performing as the group “Real Queens” in Cologne since 2016.

Louis Philippe de Gagoue likes to deviate from compartmentalisation in his life and his work—which is what makes the photographer and style icon, who spends his time between the Ivory Coast and Paris, so successful.

It seems to be a given that museum visits are best taken on rainy days. Yet when the sun shines and temperatures are warm, it’s worth taking a trip to the cultural landscape of North Rhine-Westphalia — perhaps even by bike. However you get there, here we present the ten most interesting art destinations for the summer.

A good week after completing his residency in the studio at the 25hours Hotel Langstrasse, Oliver Ross explains the extent to which a change of scenery affects his creative process and influences his artworks.

The artistic heart of the 25hours Hotel Langstrasse is the hotel’s studio on the ground floor. It is a workspace for international and domestic artists, who produce and prepare for their exhibitions, presentations, or collaborations on-site.

Located right behind the museum district – Glacis Beisl has one of the nicest summer gardens and serves unpretentious, homely Austrian food at reasonable prices.

Haya Molcho and her sons, the family behind eatery empire NENI, have written a new cookery book about the people of Tel Aviv and their culinary histories. And it has recipes too. The most important ingredient?

The fashion, music, and worldly feel of the 1970s disco era captivate imaginations to this day. DJ Nicky Siano was spinning the turntables back then, while the photographer Bill Bernstein prowled the legendary Studio 54.

The Science of Scent

Subtle and seductive, the aroma molecule Iso E Super was created in a laboratory in 1973. In 2006, the master perfumer Geza Schön bottled it pure to create Molecule 01 - a fragrance that fast gained a cult following the world over.

Diving into The Forest

Nature, awareness, deceleration, meditation: 'shinrin-yoku', meaning 'bathing in the forest', is a recognised treatment in Japan. It's also spreading to Germany as a by-product of the general mindfulness trend. Why is it so popular? What does the bathing part involve?

Ballads of a Bad Boy

It’s hard to believe that Julian Pollina — better known as Faber — is just 26 years old. Given the grit of the Swiss singer-songwriter’s voice and lyrics, you’d be forgiven for assuming he’d seen at least two decades more.